Reaching out to generations through songs inspired by God, good times and the realities of life. As he himself is an overcomer of self-doubt, depression and many adversities. James is dedicated to showing the world through music that you are who you believe you are, and that God isn’t limited by our imaginations.

As a toddler James was obsessed with banging on pots and pans on the kitchen floor pretending it was a drum set. So, for his fifth birthday James’ parents bought him his first set of drums and a tape player for playing along to music.  He then began playing his drums consistently and passionately along to hymns and legendary gospel music blasting out of the tape player! A few years later his parents, while preparing to leave after a Sunday service, was searching for him and could not find him.  After not being able to find him for a moment they looked towards the front of the church and there he was staring down the guitarist. They knew then it was time to buy a guitar! So, he began teaching himself and gleaning from anyone he could because his parents could not afford lessons.

At the age of eight he was surprised when the lead guitarist from the worship team presented him with a beautiful electric guitar. Of which, he still cherishes and have unto this day.  As he entered his high school years the struggle to fit in and insecurities became overwhelming and caused him to compromise the faith in God that he had established at such a young age. He struggled for years dealing with insecurities and wanting to “fit in”.  Regardless of how hard he tried he would never “fit in”. As he was drawn into depression and began to cut off the outside world, he became content with being alone in his thoughts. Then God gave him joy and comfort through the sweet warm sensation of poetry. James would express his thoughts and emotion at local ‘Poetry Slams’ and ‘Open Mics’ in hopes of reminding others that life is more than the moments of when you’re feeling down.

It’s about capitalizing on your beautiful journey hand-crafted by God. 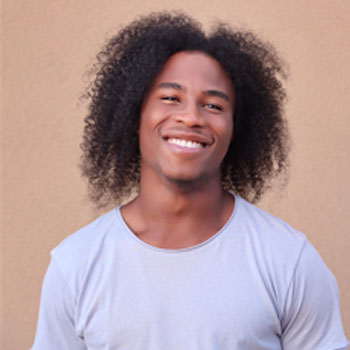